„The sleep of reason creates monsters.“

The shadow of the bloody past of witch trials hangs in the air over the Jeseníky Mountains. Director Otakar Vávra returned to the places where real events took place, to recast the gruesome history of the region into a grim historic drama. Breathe in the tragical destiny of the victims.

Witches' Hammer isn't just a film directed by Otakar Vávra and a novel written by Václav Kaplický. It's also the Czech translation of a medieval book on supernatural powers originally written in Latin, describing practices of witches and advice on how to fight them. Real-life inquisitor Boblig had based his treatment on another publication, but that was of little importance, as his merciless sprees around the towns Velké Losiny and Šumperk had been equally brutal. The arogant fanatic who had over a hundred people tortured to death opened one of the darkest eras in the region's history.

The gloominess of torture rooms with pillories and racks is lighted with the flickering of candles. The stakes are waiting for a single spark to blaze up. The air is thick with superstition and fear. The abyss of time muffles the screams of pain and desperation of the innocent. One look at the iron masks and chairs with iron spikes and you'll quickly understand that admiting to collusion with the devil, or anything else, for that matter, isn't suddenly so unthinkable.

The silver screen and the Jeseníky Mountains still show some of the cruel times. Experience yourself the atmosphere of the alleged sabbats where witches gathered on brooms and domestic animals. At least that's what the well-preserved confessions say. Director Otakar Vávra didn't just follow the Václav Kaplický's novel of the same name while working on the script, he also sought inspiration in the records of trials that took place in the region in the late 17th century.

The Jeseníky Mountains reveal some of its secrets, how much you want to discover is entirely up to you. Do you wish to explore the dark meadows with magic herbs? Climb atop a hill saturated with tears and blood of the innocent who found death in flames only seconds later? Take one of the many circuits on foot. If you prefer riding a bike, try the special Witch cycling trail. 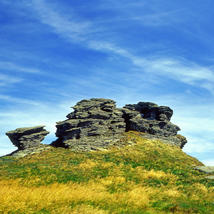 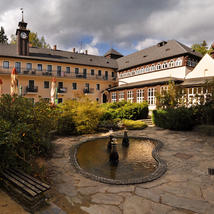 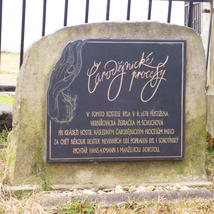 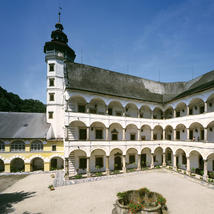