„Discover the places from the devilish thriller!“

The Da Devil Code. The ritual murders force criminalist Sumara to break off his vacation. Will he and his colleagues find the key to the mysterious deaths? Will they manage to find the killer?

It all begins with an archaeology female student found on a road. She remembers nothing; she's caked with blood and has three digits marked on her forehead - 666. Who petrified her and for what reason? Benediktin Toderik, a former exorcist, warns his brothers against the evil that is coming. Is it just the old man's paranoia, or can he truly see things beyond the reality?

The Devil's Ruse, a mini-series of three episodes directed by Jiří Strach, poses many questions. The script connects facts and theories about the origin of the largest medieval manuscript, Codex Gigas, also known as the Devil's Bible, written on our territory. The legend tells of a monk, a grave sinner, who was sentenced to being buried alive. To claim redemption, he offered to write the largest book in the world overnight, Codex Gigas. However, the task is too much to accomplish, and when the monk realizes at midnight that it isn't in his powers to complete it, he closes a deal with the devil.

The film takes you to places that are actually connected to the largest manuscript in the world. You can start in Podlažice, this is where the story of the Devils' Bible begins. Codex Gigas included, among others, the Chronicle of Kosmas, the oldest known Czech chronicle, exorcist spells and Bible texts in Latin. This is where the archaeologist, both in film and reality, discovered several graves.

The book of medieval knowledge was later moved to a monastery in Broumov. The police lead by detective Sumara come here in their investigation and question the monks. You can finish your search in front of the Heaven's Gate (Brána nebes), in Porta Coeli monastery in the region Vysočina, as did the characters in the film. Which facts are true and which were adjusted for the film? The best way to find out is to come visit the site personally. The truth is out there...

Locations of the film The Devil's Ruse 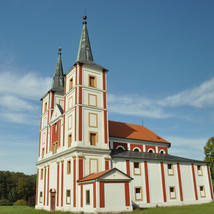 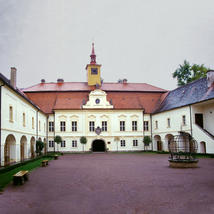 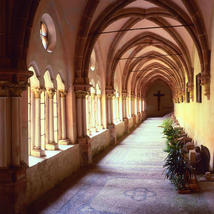