„Turn on the radio, you fools.“

It's 1967 and it feels as if the big Kodiak bear was losing his grip. Life could be a lot easier for families in Prague, but we remember well that it used to be much worse not long ago. We're free to express ourselves freely, although only in our Cosy Dens. And bad times will be back...

The tram rails still run up and down Wenceslas Square. The Czechoslovak government had laid down the foundation stone of the D1 highway. First metro stations are being built. Prague and the whole country is going through its heyday.

The communist regime is slowly opening to us and the world. Czechoslovakia presents itself magnificently at Expo 1967 in Montreal. Who wouldn't love us for our beer and the beautiful women!

The head of the Kraus family is clear about the system. He's giving the Bolsheviks a year, two at the most. The Šebek family lives one floor below, the father of which is a strong defendant of the regime and of the meal menu he himself writes every Sunday and pins it up on the family notice board.

Regular life of regular people. We say our greetings politely to comrades, we grow up, get old and get terrible presents for Christmas. However, we manage to express joy over them. And fake it.

There are exceptions with parents living behind the iron curtain. These lucky individuals get to indulge on the perks of life with films and fashion. For the rest of us there's only jealousy. If you wear a pair of shoes like they came from Elvis, you'll melt just about any girl's heart. Another fellow might be broken over it and attempt suicide by asphyxiation in an electric oven, but that's just love - unpredictable and sometimes cruel. It compares to love to the nation - you can love it all you want, but it can be taken away from you in no time. Unlike the experience you'll get from places where Cosy Dens were filmed.

Locations of the film Cosy Dens 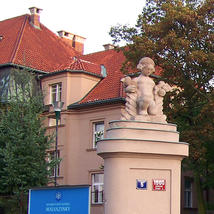 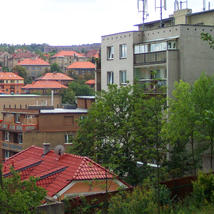 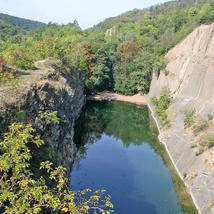