„So they killed Archduke Ferdinand!“

The Habsburg supremacy is coming to its inevitable end. However, the monarchy will go through another war before that. It seems as though the only one to be happy about the announced mobilisation is the good soldier Švejk; in the film from 1956, his simple-minded face belonged to the excellent Rudolf Hrušínský.

The whole film takes place in Prague. Where else should it take place, when Švejk is tied to this town as a Habsburg is to the throne? Do you find the comparison absurd? It certainly is, but so are the times in which Švejk lives. Absurd is also the essence of the war which Austria-Hungary is facing. Plus, isn't the monarchy's requirement for citizen Švejk's conscription, despite his strong rheumatism, nonsense itself?

How does one act in a situation like this? Švejk decides to take all the absurdity even further. Not only is he ready to give his life in the war for the Emperor, he even borrows a wheelchair for that purpose, and is wheeled off "to Belgrade" by his landlady. On his way, he enthusiastically spreads the word that the war must be won and that he'll do all that's in his powers to make it happen. He's so determined that it makes him suspicious - to the secret police, the recruitment committee and the doctors. Is he so stupid or so cunning? Either way, his relentless activities and the literal obeying of even the most senseless orders are successfully taking apart the system from the inside.

Do you wish to follow in the footsteps of Josef Švejk around Prague? Start on the Coal Market (Uhelný trh), there you can decide whether to continue to the Charles Bridge and to the Prague Castle. Or would you rather go in the opposite direction and stroll through the narrow streets, away from the main touristic trails? Excellent choice! Come explore the streets Haštalská, Rybná and Kozí. Take your time. Have a seat in one the local pubs and wonder about where Švejk's unsteady gait took him in his hangover. Before the white head on your beer drops, make a toast to Josef Švejk, a man who, despite all his shenanigans, craved only one thing - to live a peaceful life in Prague as an honest dog dealer.

The film was based on the famous novel The Good Soldier Švejk, written by Jaroslav Hašek, an excellent journalist, writer and master of mystification. It has been the most frequently translated novel in Czech literature, translated into over 50 languages, despite the fact that it has been raising contradictory opinions among critics and the readers.

Locations of the film The Good Soldier Švejk 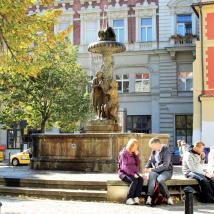 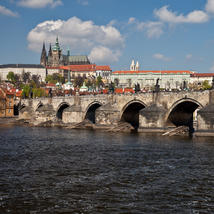 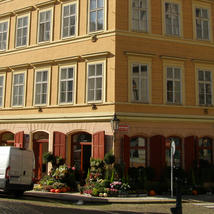 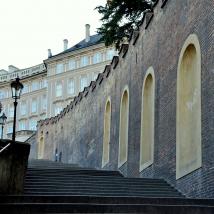 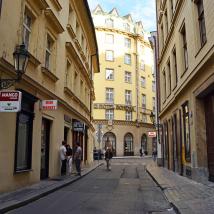 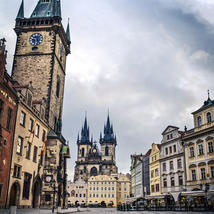