„Not everyone can be the smart one. Otherwise there would be so much wisdom in the world that it would make every other person go crazy.“

The most famous Czech soldier is obedient, honest, selfless, loyal and perhaps very smart. He uses his intelligence adequately to the demands of his environment. Long story short, a good soldier needs no medals or war experience. It's enough to be Czech with the name Švejk.

His exceptional abilities remain underestimated, and he's ordered out of the train in Tábor and separated from first lieutenant Lukáš. An ordinary soldier would think about desertion, but Švejk, loyal to his master at all times, is ready to bring sacrifices in order to get back to him.

For example, letting a very kind man pay for his fine and accept given money he is given for a ticket. Švejk then gives a toast to his master with good Czech beer and accidentally spends all his money for the journey, thus left no other choice but to walk through the picturesque Czech countryside. He at least gets to see all the beautiful sights in person, as though they were painted by the hand of Josef Lada, a famous Czech painter who dedicated much of his work to illustrations of Švejk in the novels. Švejk only makes it halfway between Tábor and Putim, and gets into trouble. He's arrested under suspicion of being a Russian spy, despite clearly showing all signs of being a proper Czech. It's truly a strange world these days.

Fortunately, this is nothing our hero couldn't deal with. He surely is no deserter, and finally makes it to the front, surviving what most of the soldiers do not. He's accused of high treason against his own country. Well, but of course you just have to try on a Russian uniform and see how it fits! After an exhausting lecture on sexual diseases, even the heavy fire from the enemy is all roses. This is how the good Czech soldier got his experience from the war. Follow in his footsteps to South Bohemia.

Locations of the film I Dutifully Report 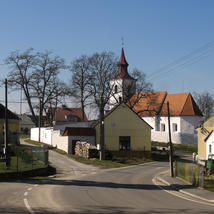 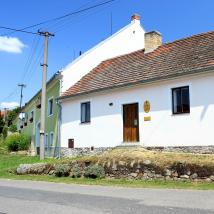 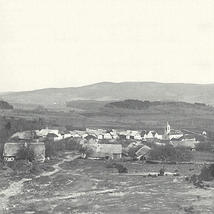 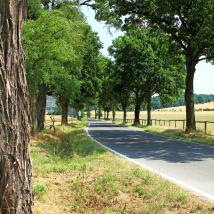