„A Czech is a cyclist who hunches his back when he pedals.“

We're in the Protectorate period; the dark shadow of WW II is descending over Prague. People are searching for new directions in their lives full of confusion. Private dramas mingle with the merciless wheel of history. Even the smallest of fouls can bear fatal consequences.

The threat of the war lurks around every corner and life that has been ripped from its roots is in turmoil. Soldiers in German uniforms, partisans, collaborators and stolen bicycles. Some simply submit to what comes, some fight it, others are left petrified in tense expectation. Prague is occupied, trembling in anticipation of what the next day will bring. The elegance of the First Czechoslovak Republic is still in the air, although optimism is slowly fading out. People are trying to carry on with their standard lives, without paying much attention to the creeping change. When they notice it, though, everything will be different. It will be like a sudden slap in the face.

The makers of the film Protector attempted to remain as true as possible in depicting the atmosphere and the real image of Prague under the Protectorate. All that required thorough preparation and finding the best fitting locations. They encountered first difficulties with the Czech Radio building, which was undergoing construction during the filming. The former Radiotrh area, on the other hand, where scenes of the Jewish deportation centre were filmed, provided a pleasant surprise. A few of the original historical buildings near the Trade Fair Palace managed to withstand up to the ravages of time.

Hana and Emil are just like any other married couple. They have their bright moments as well as downfalls, but the grim times of the Nazi regime have shuffled the cards of their destiny properly. In good faith, Emil closes a deal with the devil, sending their lives down a spiral. Nothing will ever be the way it was before. The only thing left for Emil to do is sit on a bicycle and pedal for his life. Their lives.

Protector is an impressive story about a risky career game, of human dignity and of life during the gloomy and blood-stained times of the Heydrich assassination and the period that followed. The power of the picture was awarded not only with six Czech Lion Awards in all the main categories, but also with positive reception from Czech and international juries at film festivals worldwide.

Locations of the film Protector 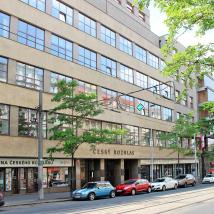 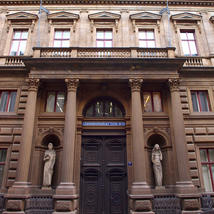 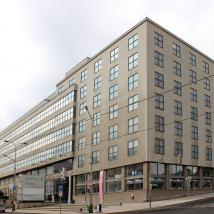 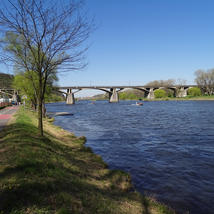 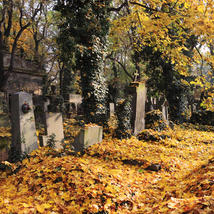