„We must help each other out. I was in danger yesterday, you could be in one tomorrow.“

Even tragic moments of history, such as military occupations or world wars, can be discussed with humour, albeit a bitter one. The author duo Jan Hřebejk - Petr Jarchovský have proved it is possible through real-life events, with time and understanding.

The film Divided We Fall is based on basic human qualities that crystallize differently with every person during wartime. Common decency and kindness can suddenly become courageousness. Just look at Mr. Čížek (Boleslav Polívka). He never meant to be a hero, but in his case, humanity surpassed fear. And what about the collaborator Horst Prohazka? His character isn't embodiment of evil; he's more of an opportunist, pliant and not exactly bright. The theme about the indefinity of human character is both contemporary and timeless.

Director Jan Hřebejk said that filming a difficult and heavy story in an entertaining way is largely possible thanks to good cast. No wonder he chose a well-tried group of actors who participated with him on his previous film, the phenomenal Cosy Dens (Pelíšky), just a year before. The crew then moved to Josefov, a historic defence complex, where most of the exterior scenes were filmed. The extras were chosen from the actual inhabitants of Josefov as well.

The unconventional portrayal of Czech history proved as good choice. In 2000, Divided We Fall was awarded in five main categories at the Czech Lion Awards, and was nominated for Best Foreign Language Film at the Academy Awards. A theatrical was made based on the film.

Divided We Fall inspired a short animated film Aktualita, mimicking a Czech newsreel of the 1940s. The artist was Pavel Reisenauer who also illustrated the literary version of the film script for Divided We Fall. Aktualita was shown as the supporting film during selected film projections.

Locations of the film Divided We Fall 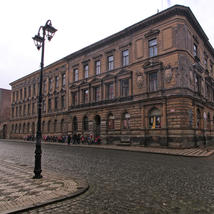 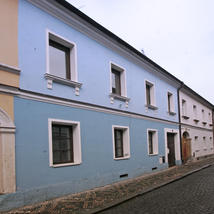 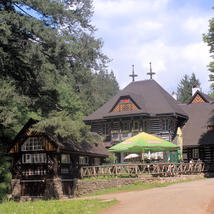 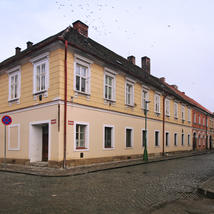 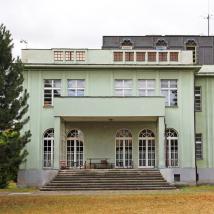