„The friendship of two men is put under a test when they both fall for the same woman.“

It is a 2001 film by Czech director Jan Svěrák, the Academy Award-winning director of Kolya, about Czech pilots who fought for the British Royal Air Force (RAF) during WW II. The screenplay was written by Zdeněk Svěrák, the director's father. The film stars Czech actors Ondřej Vetchý, Kryštof Hádek and Oldřich Kaiser. British actors include Tara Fitzgerald, Charles Dance and Anna Massey.

1950, during the Cold War, František (Franta) Sláma (Ondřej Vetchý) is incarcerated in Czechoslovakia, because of his prior service in the RAF. His recollections of the war begin in 1939, just days prior to the German invasion of Czechoslovakia. After the invasion, the Czechoslovakian military is disbanded and has to give up its aircraft. However, young pilots Franta and his friend Karel Vojtíšek (Kryštof Hádek), among others, refuse to submit to their occupiers and flee to the United Kingdom to join the RAF.

The British make the Czechoslovaks retrain from the basics, which infuriates them, especially Karel, who is both impatient to fight the Germans and humiliated at being retaught what he already knows. Karel also sees the compulsory English language lessons as a pointless waste of his time.

The RAF is in such a dire need of pilots during the Battle of Britain that eventually the Czech and Slovak airmen are allowed to fly, and after their first sortie, they realise why the British have trained them so intensely: a young Czechoslovak nicknamed "Tom Tom" is shot down by a Messerschmitt Bf 109. Franta becomes the unit commander, with the younger Karel under his charge.

While shooting at a Heinkel He 111 bomber, the rear gunner hits Karel's Spitfire fighter aircraft. However, he manages to bail out and find his way to a farm. There he meets and falls in love with Susan (Tara Fitzgerald), although she thinks he is far too young. The next day, after returning to the aerodrome, Karel brings Franta to meet Susan. The latter begins to get on well with Susan, although Karel believes that he is still Susan's boyfriend.

Following a mission to France where the squadron attacks a train, Karel is shot down, but Franta lands and rescues him, a move that shows that the their friendship endures. Soon after, Karel learns a sort of love triangle has developed, with Susan being involved with Franta, which leads to a quarrel between the two friends.

A few missions later, while escorting American bombers, Franta's Spitfire malfunctions and he is forced to ditch into the ocean. His life raft bursts as he tries to inflate it, so Karel decides to drop his own raft, but he flies too low and fatally crashes. The raft emerges from the water, allowing Franta to survive until he is rescued.

Afterward, when the war is over, Franta drives to Susan's home, only to find her with her injured husband recently returned from fighting overseas. Knowing he has no future with Susan and wanting to preserve her honour, he pretends to have lost his way and asks directions to the next town.

Disappointed by what has happened, Franta returns to Czechoslovakia and finds his old girlfriend has married the neighbourhood jobsworth, has given birth to a child, and has taken over Barcha, his dog. All Franta can do is endure the situation as stoically as he can. Arrested and thrown in prison, he only has his memories of his friendship with Karel to sustain him. 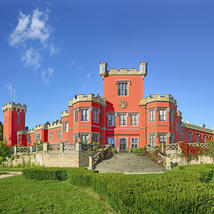 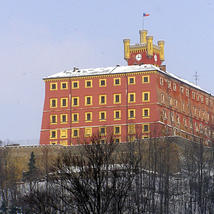 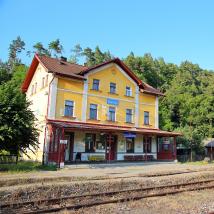 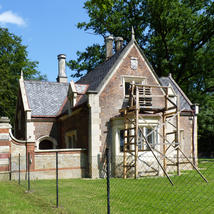 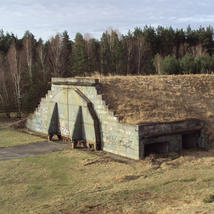 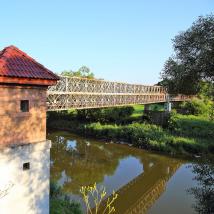